The Estallion is one of the heaviest Fighter class Tier 6 ships. It is well known for its fire pattern, that being a large pulse that deals a staggering 180 damage. This ship is great for taking out smaller and lighter ships, but is unable to hold its ground against some of the Heavy class ships,due to extremely low health and mediocre mass. Using the Estallion to its maximum potential requires a lot of skill and good aim, making it a controversial ship among more experienced players. 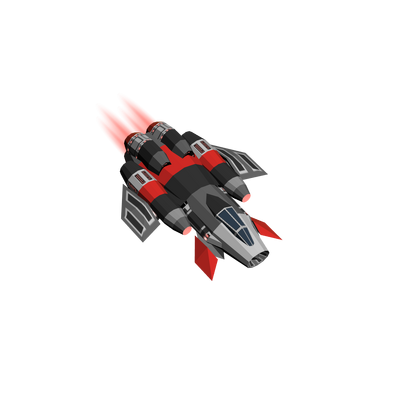