The H-Destroyer is a tier 5 in the U-Series mod. This ship is a very powerful ship with its high fire rate and bulky body! This ship can fire both ways with a set of 2 bullets at first then 1 bullet in the middle. This ship easily shreds most other ships because of its immense stun locking abilities and its very high energy capacity. This ship does so much damage with its damage burst that it could actually even one-shot the ships from the miner series like the U-Center and the U-Octa if they have no gems and you time your shot carefully.

The back lasers are not useful in combat, but the capacity is still quite high, so this ship is like a better U-Siege with similar power and better shield. 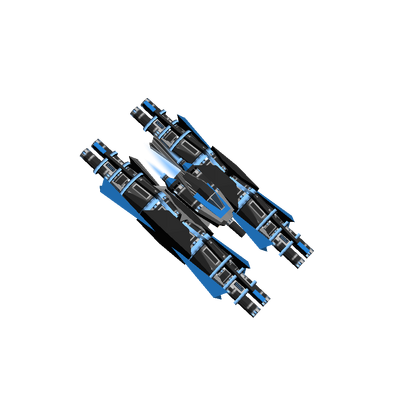