The H-Conqueror is a Tier 4 ship in the Alien Intrusion mod. It fires a frontal pulse as well as two low damage lasers from its sides. The ship's laser pattern is very similar to the Mercury from Vanilla Starblast. It has reasonable shielding for a ship of it's size, and it has a relatively slow speed compared to the others in T4, however with a more damaging pulse than most Tier 4's. This ship is good all around, and no specific play style is required. However the Low agility really makes it vulnerable to smaller, more agile ships. So bring backup whenever you are farming aliens, or attacking the enemy. 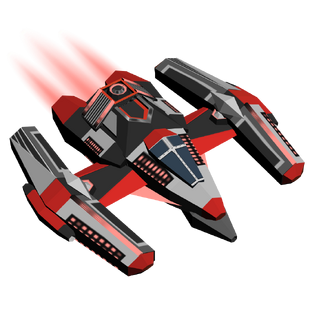