Prototypes are, in general, pretty fast and agile. But some pilots want more agility, and for those fighters, JMP Flea fits best.

It is also a transformer. Transforming into Jumper config makes the wings/shields close around the weapon, preventing it from firing and being damaged by high-velocity collisions, and deploys the deflector on the back.

When in Jumper config, the ship launches miniature nukes upon engagement of weapons. Said nukes blast behind the ship, and half of their blast's energy deflects off the... deflector, propelling the ship forwards, at high velocity. 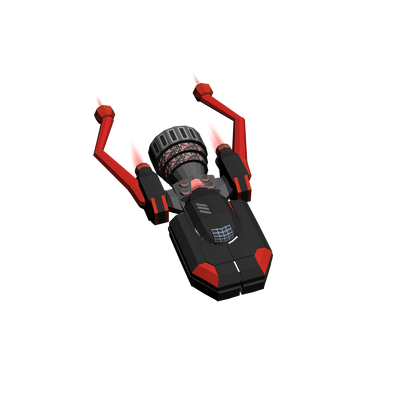 The ship is fragile, but agile. It is the nightmare of most snipers, and is an incredibly useful combat vehicle, though it takes a really skilled pilot to use it well.