It is a transforming LRA, and it is DEADLY.

The ship features two modes. When shielding is retracted, the ship gains additional shield capacity and redirects some of its reactor's output towards shields. Auxiliary accelerators are moved behind the engines, providing additional acceleration. The weapon is retracted and reconfigured, firing semi-pulses at a medium rate. This mode is most useful for maneuvering and reposition, as the DPS doesn't really justify combat. 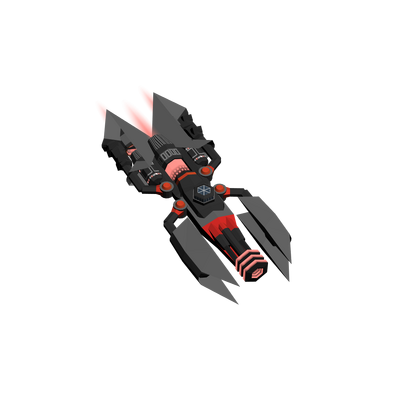 But when this ship truly shines, is when it is in its Sniper config, which means extended shielding, lower shield capacity and regen, and yet, much higher DPS due to extension of main weapon, which now fires powerful pulses ever so often, and increased turn rate, thanks to moving the auxiliary accelerators to the side, giving them a much longer arm to act upon.