The Mothership is a huge ship in the Destroy the Mothership mode. One player (usually the first one joined) on each team is selected to become the Mothership each round. As the Mothership is the main objective of the mode, if a Mothership leaves or disconnects from the game, a new player will be assigned with the Mothership and the game will no longer end in a draw. ECP Skins will work on the Mothership just like any ship. Motherships fire a giant frontal pulse that does high damage and a lot of other smaller lasers from the side. Motherships have 5 different special abilities that can provide individual buffs, team healing, extra damage, and more. Each special ability has a 2 minute cooldown. Moreover, if they are located on an enemy base or on a map barrier, they will take some damage.

Strengths: The mothership is easily capable of picking off any lone enemy player that strays too close to its turrets, as well as ships with large hitboxes and low maneuverability. Its incredible damage also makes it the most effective against the enemy team's mothership.

Weaknesses: Enemy motherships, as well as any enemy ship at its engines. The mothership fires powerful front pulses and has plenty of side cannons, but it has virtually no guns facing back - meaning it's an easy target for any ship that camps behind it. That is why having the team escorting it is vital.

Playing as the Mothership

The mothership's main strategy against most enemies is to simply continuously fire - most ships can't take the mothership's damage output for long, especially if its team is supporting it. Continual side lasers make it hard for an enemy to slip past and attack the rear, while stopping to recharge could give a speedy interceptor just the time to slide past the mothership's defenses. In the case that a powerful enemy is in front, however, it's ideal to stop firing continuously and recharge the main pulse guns, allowing for quick work of any player who gets too close to them. The frontal pulses are more effective against bulky battleships, as they can be dodged by smaller, skilled pilots. As a rule of thumb, mothership players should never stray too far from their team and sometimes even the base itself, as a less experienced group of players could be scared off, leaving it defenselessly vulnerable to the enemy mothership and its base. In addition, the mothership's abilities should be used in the right situations - a few missiles just might make the difference between a win and a loss.

The mothership has abilities that take 2 minutes to recharge after use.

For 1 second, the mothership accelerates and moves quickly, but it cannot turn or shoot lasers. For comparison, the acceleration is the same as these ships when unupgraded: Fly, Side-Fighter, U-Center, U-Octa, U-Perimeter; and also these ships when maxed: Pulse-Fighter, Advanced-Fighter, Scorpion, Pioneer, Crusader, Bat-Defender, U-Siege. If the distance between the two motherships is right, it can be used to ram it very far.

The max speed is 30, and then after activating for a second, the max speed the mothership can reach is 130, the same as a Shadow X-3 or maxed U-Cruiser. This delivers large knockback to the enemy mothership and huge knockback to other enemies. Using Absolute Kuntrol to reach 75 speed and then Hyperspeed to reach 175 is possible, but that would waste the Absolute Kuntrol ability.

For 4 seconds, every 1/4 second, the mothership loses all secondary weapons and gains 2 missiles, allowing approximately 17 missiles to be used by spamming ALT (16 missiles with cooldown plus final missile).

For 4 seconds, the ship is faster and more agile. For comparison, the turning rate is the same as the Solarium Warder or a maxed U-Arsenal, and the increased acceleration allows it to ram the enemy mothership slightly.

Drop a healing station. After 3 seconds, it heals all friendly ships in a 240x240 square centered at the station, for up to 9999 shield each. Gems are not replenished. After another 2 seconds, the station disappears, except when it doesn't, because of a glitch.

Despite its appearance, it heals a square region rather than a circle.

If used immediately whenever possible and the shield is below say 279,000, it will allow the mothership to have an extra shield regen of 83.325, for a total shield regen of 88.325. It is sometimes better to save it for a strategic moment when your team is fighting the enemy, and both sides have many ships, but it is usually better to use it as soon as possible.

Playing Against the Mothership

Defeating the mothership may be the objective of the mod, but that requires good teamwork and patience. Charging the mothership alone will almost never harm it significantly, as it has more firepower and shielding than any other available ship. Instead, players should focus on defending their own mothership or attacking the other enemy's players, but sticking close by to their team. Most of the time, a lone player separated from the group will be quickly torn apart by rival interceptors. A good balance of ships is required; a team of all tank-like ships is a powerful defense but makes it harder to advance and are large targets for enemies. On the other hand, a team of all interceptors is too weak to shield the mothership from potential threats - hence why a team should have a balance of both. 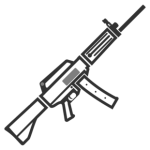