The Payload is a Tier 6 ship from the KEST mod. It has an insanely high damage frontal pulse with high recoil dealing the most one-shot damage of all Tier 6 ships in the mod. The frontal pulse does so much damage that it can't even be shot until energy capacity has been upgraded. All lasers fired from this ship have an incredibly low velocity, making them relatively easy to dodge as most other level 6 ships. The Payload is also very fast for a Tier 6, having one the highest top speeds of all Tier 6s in the mod. The ship's recoil allows it to be used as a snipe and run ship. Along with the main cannon, there are two auxiliary cannons on each side that shoot rapidly and inaccurately, also with low-velocity bullets. These two cannons would, themselves, perform very poorly in combat, making it best to only shoot when the main pulse is ready. The Payload in all respects is a glass cannon, suffering from poor shields and low mass while having insane firepower and high speed.

Even though it isn't a ship in the vanilla ship tree, the Payload is often featured in discord dueling servers, along with the removed-vanilla Toscain and H-Mercury, and KEST Tier 7 Pulse Warrior. Usually the Payload is either really good, or really bad for duels. If you are good with predicting your enemy's position, and you manage to keep the enemy close, the Payload can be absolutely devastating in duels, even against tier 7s and the popular A-Speedster. However, because of the glass nature of its shields and its low mass, the Payload can be easily sent into uncontrollable spins when it's hit by pulse shots and its shields are depleted. It's therefore recommended to duel often with this ship, if you want to be good at using it; and you also want to master shot timing, as firing a shot when being sent into a loss of control (as a result of being hit by a pulse shot) could lower your odds of a victory significantly.

if the enemies you are targeting is more than 1, you must know what ship they are using. because

It has the shield of a U-Sniper, slightly weaker than the Aetos shield in regen, so it is vulnerable, BUT, but you can ply slip pass to know what ship they're using, if they have low mass , feel free to attack, because if in a dense asteroid field, you can slam your enemies in to big asteroids and get an easy double kill. but if they don't, or are skilled, you absolutely should avoid and retreat. 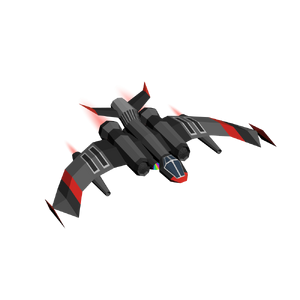