The Prime-Fighter is a level 6 ship that would act as an upgraded pioneer. The combat between the two ships would be very similar, as it fires two very accurate lasers with very little room between them, and has similar handling. The Prime-Fighter would be slower than the pioneer with improved stats in most other areas, including shields, weapon damage, and energy regeneration to a lesser extent. The mass is equal to that of the Bat-Defender, which would make it a fairly decent ramming ship when in combat. 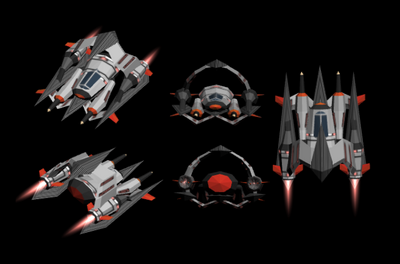