This Speedster class ship is similar to the U-Sniper from vanilla and MCST's Support class, having a nearly identical shot pattern of 2 heavy guns with high recoil and velocity, firing 1 from each side.

Being a speedster, it has significantly more speed, and being a tier 6, its stats are overall slightly higher than the U-Sniper's, having more damage, mass, shields and energy.

Overall, it is a good choice, able to pound enemies into submission with it's 2 powerful guns, or utilize its high speed and recoil to do hit and run attacks, slowly whittling your enemies down. 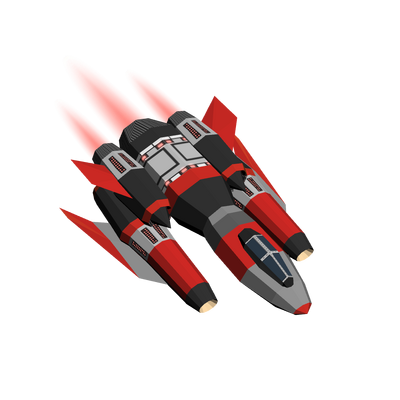