Stinger was highly successful, efficient and deadly, and thus, the engineers behind it decided to expand upon its concept.

And so they did. Sidewinder LMT is the "brother" of Stinger LMT, utilizing the same(slightly modified) base platform, and swapping two reasonable pulse weapons for a giant, deadly one, full of recoil.

A mighty fighter. Its recoil may seem like a downside in some rare situations, but most of the time, it is truly useful. It also allows the ship to retreat from combat without turning around, and on top of that, the Reentry ability allows the ship to re-enter combat soon after, fully shielded and searching revenge. This is another one of the few asymmetrical ships in the game. 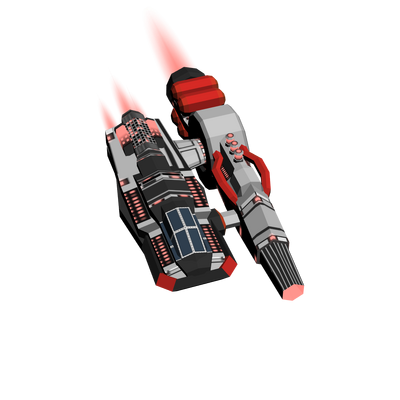