This Speedster Class ship is the fastest of MCST's tier 6 ships, with a blistering 200 speed when maxed. 2 rapid-fire guns serve as it's weapons, capable of melting most ships. The energy is somewhat low for it's class, and shields and mass are fairly standard for a speedster.

A fairly popular ship for high-skill players, but be careful of the low agility and high speed, as well as the length of the ship. 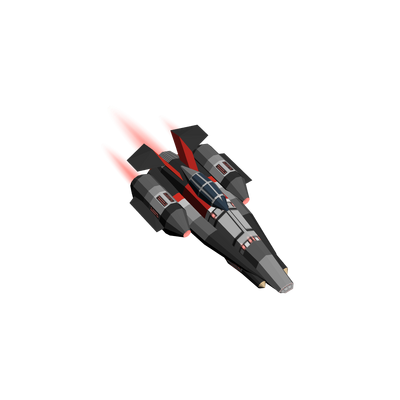