The T-Rex is a Tier 4 ship in the Alien Intrusion mod. It has a medium damage frontal pulse as well as two fast-firing diverging side lasers. It is one of the slower ships in Tier 4, however, it has decent damage output, and shielding, with the addition of a smaller hit-box than most ships at this level. This ship is best used when on the offensive. However, it can get overwhelmed with it's slower speed, and lack of high fire rate. Overall, it is a bit of a weak ship so definitely bring backup if you choose this ship and avoid traveling alone when there are enemies present.

similar to the Cayman, having 3 cannons frontal, but it is better because of the main cannon is a pulse. 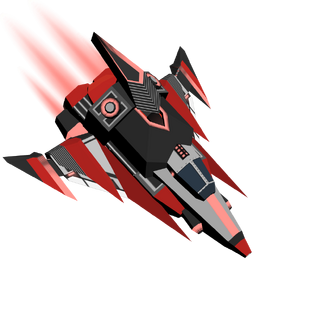