This Heavy class ship is one of the lightest, most mobile and least shielded in it's class, however is still slower and tougher than most non-heavy ships. It is a powerful miner due to it's decent mobility, high mass and shield and amazing energy regen, which allows it to shatter asteroids very easily.

The weaponry is shotgun-like, with a decent amount of spread, however will transfer to a rapid-fire bullet stream when holding down fire. The burst damage followed by a continuous stream makes this a strong fighter, especially in asteroid fields where it can use it's mass to knock enemies into asteroids.

Overall, a solid choice of ship, good for fighting and mining, even though it has been seemingly nerfed in the v1.2 update. 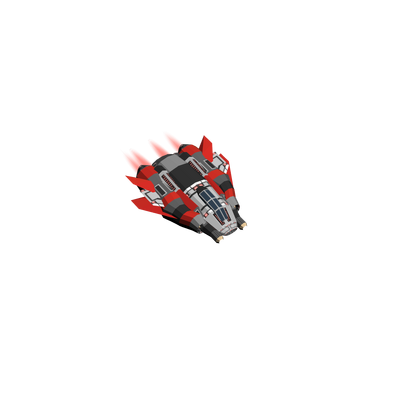