The U-10 Thunder is tier 6 ship in the U-Series mod. This ship is like a heavily upgraded U-Sentry, being a bigger version with much faster firerate and damage making it very useful in team battles! However, the amount of damage it can hit at once is limited due to the high recoil per shot, so you need to time your shots well, or you will blast yourself into the void. This ship is also surprisingly good at combatting the U-Smasher because it's recoil will minimize the damage dealt to it while the U-Smasher will get hit by all of the shots and take over 1400 damage since it is relentlessly charging to ram you. This ship is basically a much bigger and stronger version of the vanilla U-Sniper because of the same cannons and damage, except that the damage and fire rate on this ship is much higher, and all the other stats are better too. Although there is an exception, due to the ridiculous amount of recoil that you get from shooting, it makes the entire attack almost useless, the only way this recoil is useful if when escaping enemies. 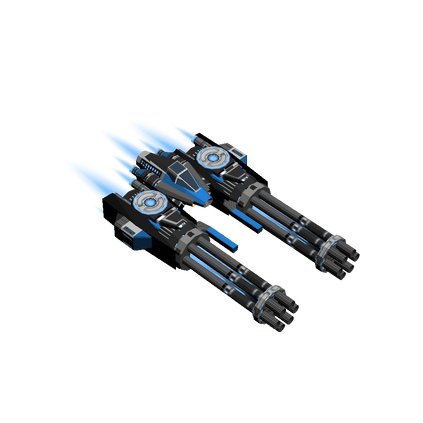 Avoid having dense asteroid fields behind you, as your recoil will drive you into asteroids.