The U-Arsenal is a Tier 4 ship in the U-Series mod. It fires a frenzy of 7 pulses all from the front. This gives it high burst damage and makes it a good ship for attacking, and is a decent miner. It has rather terrifying speed for its size, and it can easily kill anything up to a Tier 6. It has very high energy regeneration, and a lot of mass, making this quite the fearsome ship. However, it has weaknesses. Its max shield capacity is quite low so take advantage of that, and blast it. Despite its tanky appearance, it is not a tank.

This ship is the successor to the U-Cruiser and predecessor to the U-Punisher and U-Barricade, and the last ship of the line, the U-Wall, ships that move fast and attack with recoil.

This ship, along with the U-Siege, is recommended for new players, since it is widely regarded as severely overpowered.

Some players prefer to partially upgrade Damage (only two or three instead of maxing it), so that there is more recoil to help retreat with RCS off.

This ship's shield cap is half of that of the U-Wall. 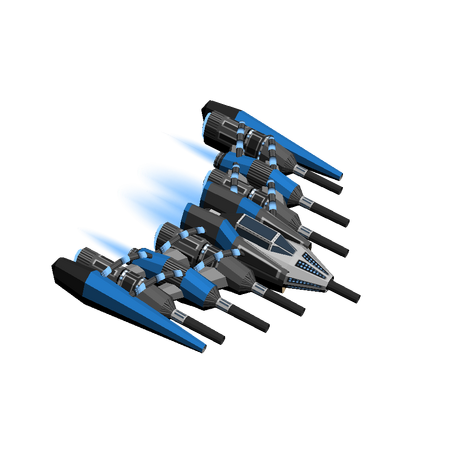