The U-Interceptor is a Tier 4 ship in the U-Series mod. It fires 4 pulses from the back to propel itself forward as well as a lower damage pulse from the front. It is built for speed, however lacks in agility. 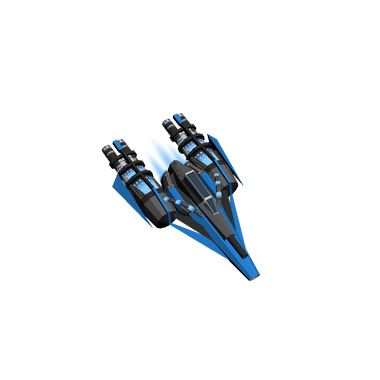