The U-Monitor is a tier 6 ship in the U-Series mod. This ship is another mining base ship with great attack power and a great fire rate! This ship is very formidable as a healer mainly because of its side lasers. This ship can shoot from the starboard side. The front only has 3 bullets to offer but the side has a frenzy of bullets waiting to annihilate anything that comes near. U-Monitor was also part of the Prototypes mod, having lower speed, agility and size and the ability of being able to switch between the main cannon and the side cannons.

This ship requires much skill to use and it is best to use it on large, slow enemies such as the U-Wall. It is also good for one-shotting speedsters that get too close to your right side. It's also very good at killing bases, as it can deal 450 DPS to a single module, which is almost as good as 2 U-Spreads.

Like other Tier 6 ships, the U-Monitor is extremely weak when unupgraded, so try to max everything before fighting, or else you might lose to maxed Tier 2s. Even a maxed U-Quad can one-shot this ship if its shield is unupgraded.

Make sure to avoid U-10 Thunders, as they can kill you in a matter of seconds. 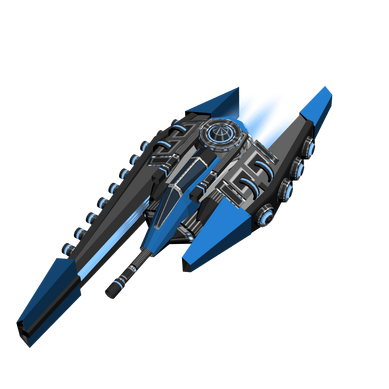