The U-Perimeter is a tier 6 ship in the U-Series mod. This ship is an excellent miner, but this ship is pretty slow and very bulky. But don't neglect the fact on how good it can be when attacking! It's a tank and a good attacker when on the offensive! This ship is the best ship to heal with. The bullets are shot everywhere! It is best played defensively, or offensively, depending if enemies are clustered or not.

If you upgrade Damage 4 to 6 times and do not upgrade Energy Regen, only the front laser will shoot when energy is low. If you fully upgrade everything except Energy Regen, this ship is like an agile fast-moving U-Fusion that outperforms it in every way except energy capacity and mass. It's literally a better version of the U-Fusion with low energy cap, firing a stream of pulses in front of it for 250 damage/second, instead of the U-Fusion's large one-shot damage plus 200 damage/second. This ship's mass has decent protection against the U-Smasher, but the U-Fusion has better protection against U-Smashers. Using the U-Perimeter in this way is merely a slight improvement (more shield cap and regen, less speed and turn rate) over using the U-Octa in this way, so it's not as OP as the Tier 5 U-Octa relative to ships in the same tier, since Tier 6 ships are more powerful.

If you want to be a healer, you can also skip damage upgrades and max energy regen, causing the shots to go everywhere, healing teammates all around you.

Be aware of U-Monitors, as they have focused 450 DPS and can knock you off guard.

Because of the Heartbreaker's ridiculous recoil, and U-Fusion's non-existent agility, a maxed U-Perimeter is generally better than its Tier 7 upgrades.

Do not upgrade to T7, since they are actually downgrades compared to a maxed U-Perimeter. 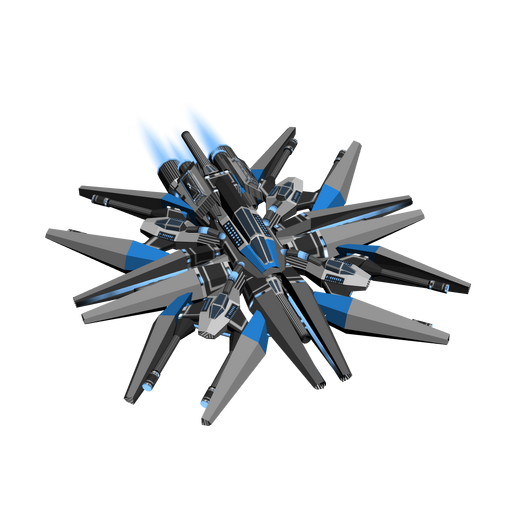 The tables below are outdated. The U-Perimeter has 12 cannons.