The U-Punisher is a Tier 5 ship in the U-Series mod. It fires a frenzy of lasers all from the front which have insane recoil. Because of the recoil, this ship can escape easily and combined with its high burst damage makes it a great ship for attacking. However, it is rather a slow miner, and can get cornered if you're not careful. This ship is best played when on the offensive. The Health is rather lackluster, so again, caution is advised when using this, and the starting stats are rather annoying, so best upgrade regen and agility first.

The mass is much lower than its predecessor and successor, the U-Arsenal and U-Barricade, making it a prime target for the U-Smasher. 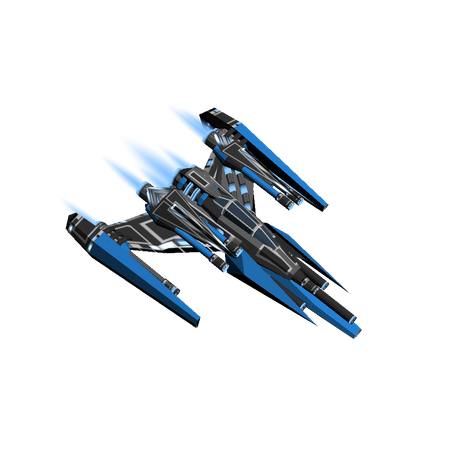