The U-Smasher is a tier 6 in the U-Series mod. This ship is an excellent rammer that goes very fast with its canons in the back. This ship is a much better version of the Barracuda and it shreds most ships if caught unexpected. When the ship was first released, it was commonly used as a ship to troll kill teammates by ramming them through asteroid fields. As a result of this, this ship received many changes and new mechanics were added to help prevent this. Now, it's still a troll ship, but it has received many nerfs, and fits in with the rest of the t6's. Just don't underestimate these ships though, or you'll be sent into oblivion at the speed of light. 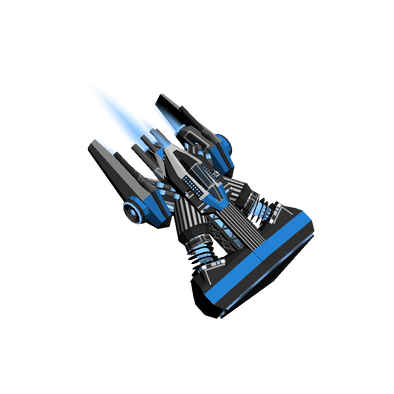 Note: Although after the version upgrade where only the ship that does the most damage to an asteroid gets the gems, gem stealing was severely curbed. However, with this ship even bumping slightly into a teamate incurs massive knockback. So to all the U Smashers, be aware of gem stealers.