U-Sniper MK 2 is a starting ship (Tier 1) in U-Series. It is very similar to the vanilla U-Sniper, although the U-Sniper MK2 has higher minimum stats, faster speed, and cannons that are closer together. It has almost exact same stats as the regular U-Sniper, except it has the Fly's terminal velocity. When maxed, it is a maxed vanilla U-Sniper with the speed of a Fly.

This ship is surprisingly powerful and is a great attacking ship early in the game. However, the low gem capacity means it takes less hits, so be careful. This is a glass cannon. Although it is a tier 1, it is capable of killing all maxed tier 3s in a 1v1 with skill. 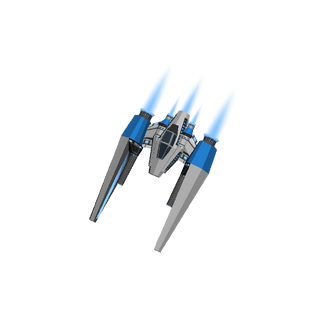