The U-Spread is a Tier 3 ship in the U-Series mod. It fires a spread of 5 lasers from all different angles. The main cannon at the front fires a weaker pulse at a higher rate. This ship is a mix of Support and Offense. If you chose to go offense, max out damage, and not energy regeneration, as the main pulse will continuously fire without end (rarely, every 10 seconds, a different random cannon fires), and you can easily finish off enemy players. The acceleration is slow, so tread carefully whilst playing. If you chose the mining route, Energy Regen is the way to go.

It is the first ship in the miner branch: U-Spread > U-Center > U-Octa > U-Perimeter. It is the predecessor of the Tier 4 U-Center, which has better shield, mass, and acceleration, in exchange for less speed and turn rate. 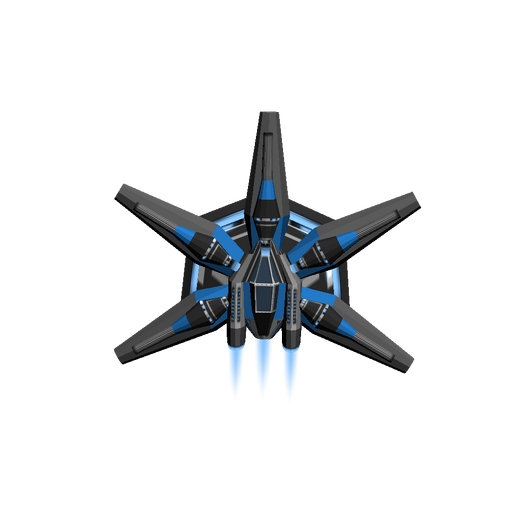 Despite its name, it doesn't resemble a U.