Inertial bombers aren't a new idea - it doesn't take that big of an intellectual to imagine dive bombers in space - and yet in never really took off. Lets see if 4339 is any different, with the advent of Unstablecore - a powerful, efficient dive bomber, built around the Crystal Core, also known as AHTP-4335-00d2. Scientist are still not entirely sure as to how these things work, but we have managed to increase their stability to a reasonable level - and we found plenty of them to reverse-engineer and produce our own. 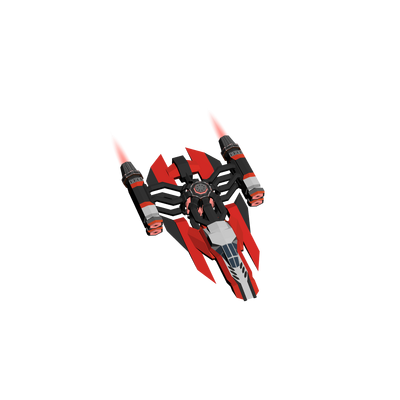 Said core can produce a blast of pure energy when triggered. That blast can be captured into a proper, damaging bolt, with some basic, trivial equipment. The core loses stability over time, but the system is able to monitor and combat that effect - yet sometimes, it is useful to let the core fail, which produces a powerful EMP-like burst, disrupting enemy electronics within range, bypassing their shields.