The Whale Shark is a Tier 7 ship in the Nautic Series mod. While it doesn't have any high damage pulses, it rapidly fires medium damage lasers from the front which are effective at stunning enemy ships. Do not fight more than 1 ship above tier 5 when energy runs out, as it has miserable energy regen, lower than the Angler. It is best to fight in groups. This ship is a bullet hose and most similar to the vanilla tier 7 Bastion but also to the U-Siege. 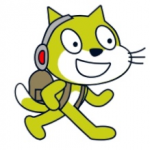